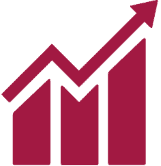 Promote sustained, inclusive and sustainable economic growth, full and productive employment and decent work for all

Previous goal
Back to SDG overview
Next goal

Goal 8 aims to promote inclusive and sustainable economic growth, full and productive employment and decent work for all. As this relates to children, Target 8.7 of this goal aims to eliminate the worst forms of child labour, including the recruitment and use of child soldiers, as well as to end all forms of child labour by 2025. Children around the world are considered to be engaged in child labour when they are either too young to work or are carrying out activities that could compromise their physical, mental, social and/or educational development. Child labour is both a cause and consequence of poverty, reinforcing social inequality and discrimination.

Currently, it is estimated that 152 million children are engaged in child labour, with almost half, 72 million, working in hazardous child labour. The last two decades have seen a decline in child labour by 94 million. However, the COVID-19 pandemic now threatens to slow or even reverse the progress made and increases the risk of more children joining hazardous labour. The Secretary General’s report on children and armed conflict continues to confirm that children are being recruited in their thousands, by state and non-state actors, to work as soldiers or other exploitative purposes in armed conflicts around the world. During the first 15 years that the report has been produced, more than 75,000 children were documented as being subject to this worst form of child labour.

Today’s global youth unemployment rate is 14 per cent – three times higher than the adult rate. Without urgent investment in education and skills training, the rapidly growing population of young people, that is expected to reach nearly 2 billion by 2030, will be largely unprepared for the workforce. Work is needed to create more safe and secure opportunities for young people and to address labour market inequalities.

UNICEF’s contribution towards reaching this goal centres on the prevention and response to child labour, addressing the impact of supply chains and business practices on children and providing children with rehabilitation and reintegration services. UNICEF also works with United Nations partners to promote youth skills and employment, including through Generation Unlimited, a partnership that aims to ensure that every young person is in some form of school, learning, training or employment by 2030.  UNICEF is co-custodian with ILO for global monitoring of one indicator that measures progress towards Goal 8, as it relates to children: Indicator 8.7.1 Proportion and number of children aged 5–17 years engaged in child labour, by sex and age.

TARGET 8.7 Take immediate and effective measures to eradicate forced labour, end modern slavery and human trafficking and secure the prohibition and elimination of the worst forms of child labour, including recruitment and use of child soldiers, and by 2025 end child labour in all its forms

Reliable, comprehensive and timely data on the nature and extent of child labour provide a basis for determining priorities for national and global action to end child labour in all its forms.

Three principal international legal instruments – ILO Convention No. 138 (Minimum Age) (C138), United Nations Convention on the Rights of the Child (CRC), ILO Convention No. 182 (Worst Forms) (C182) – together set the legal boundaries for child labour and provide the legal basis for national and international actions against it. In accordance with these instruments, child labour is work that children should not be doing because (a) they are too young or (b) the work is likely to harm their health, safety or morals, due to its nature or the conditions in which it is carried out.

The resolutions adopted by the International Conference of Labour Statisticians (ICLS), the world’s acknowledged standard-setting body in the area of labour statistics, provide the basis for translating the legal standards governing the concept of child labour into statistical terms for the purpose of measurement.

In accordance with the ICLS resolutions,14 child labour can be measured on the basis of the production boundary set by the United Nations System of National Accounts (SNA) or on the basis of the general production boundary. The former limits the frame of reference to economic activity, while the latter extends it to include both economic activity and unpaid household services, that is, the production of domestic and personal services by a household member for consumption within their own household, commonly called household chores.

Economic activity includes all types of establishments or businesses in which persons are engaged in the production and/or distribution of goods and services.

Household chores refer to services rendered by and for household members without pay. These include activities such as cooking, ironing, housecleaning, shopping, looking after children and small repairs.

Numerator: Number of children aged 5 to 17 years reported to be in child labour during the reference period (usually the week prior to the survey)

Numerator: Number of children aged 5 to 17 years reported to be in child labour during the reference period (usually the week prior to the survey)

Denominator: Total number of children aged 5 to 17 years in the population

While the concept of child labour includes working in activities that are hazardous in nature, to ensure comparability of estimates over time and to minimize data quality issues, work beyond age-specific hourly thresholds is used as a proxy for hazardous work for the purpose of reporting on SDG indicator 8.7.1. Further methodological work is needed to validate questions specifically aimed at identifying children in hazardous working conditions.

Similarly, the worst forms of child labour are not currently captured in regular household surveys given difficulties in accurately and reliably measuring them. Therefore, this element of child labour is not captured by the indicators used for reporting on SDG 8.7.1.

In addition, ‘own use production of goods’, including activities such as fetching water and collecting firewood, falls within the production boundary set by the SNA. However, for the purpose of SDG reporting of indicator 8.7.1, and with the goal of facilitating international comparability, fetching water and collecting firewood have been classified as unpaid household services (i.e., household chores), a form of production that lies outside the SNA production boundary.

More broadly, child labour estimates based on the statistical standards set out in the ICLS resolutions represent useful benchmarks for international comparative purposes but are not necessarily consistent with estimates based on national child labour legislation. ILO Convention No. 138 contains a number of flexibility clauses left to the discretion of the competent national authority in consultation (where relevant) with workers’ and employers’ organizations (e.g., minimum ages, scope of application). This means that there is no single legal definition of child labour across countries, and thus, no single statistical measure of child labour consistent with national legislation across countries.

Click on the button below to explore the data behind this indicator.

UNICEF has nine key asks of governments for target 8.7:

PARTNERSHIPS FOR THE GOALS