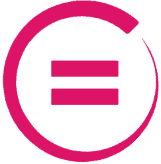 Reduce inequality within and among countries

Previous goal
Back to SDG overview
Next goal

Goal 10 aims to reduce inequality within and among countries. Inequality starts with the lottery of birth – who your parents are and where you are born – that accounts for variation in the resources and opportunities available to people. The social and economic inequalities and disadvantages in early life can limit opportunities for the realization of one’s rights and the ability to realize one’s full potential.  Discrimination based on age, gender, ethnic or racial group, disability status, sexual orientation, migratory status, residence or other factors serve to disadvantage some individuals in many different and often invisible ways, throughout their lives. These patterns of inequality get passed on from generation to generation. Therefore, early interventions and investing in all children, especially the poorest and most marginalized, is central to breaking intergenerational poverty and inequality. Achieving Goal 10 and the SDGs more broadly requires a deliberate strategy to reach the furthest behind, first.

UNICEF’s contribution towards reaching Goal 10 centres on supporting countries to enact recommendations by the Committee on the Rights of the Child, which monitors implementation of the Convention on the Rights of the Child (CRC). Through the MICS programme, UNICEF also supports countries in their pledge to leave no one behind and eliminate discrimination by collecting data on the prevalence on discrimination experienced by individuals.

UNICEF’s work under Goal 10 also focuses on investments in social-protection programmes and policies that reduce the lifelong consequences of inequity and discrimination. Social protection, that can come in the form of universal child grants, school meals, skills development and other types of cash transfer and in-kind programmes, connects families with health care, nutritious food and quality education to give all children a fair chance in life.

10.3 Ensure equal opportunity and reduce inequalities of outcome, including by eliminating discriminatory laws, policies and practices and promoting appropriate legislation, policies and action in this regard

The pledge to leave no-one behind and eliminate discrimination is at the centre of the 2030 Agenda for Sustainable Development. The elimination of discrimination is also enshrined in the Universal Declaration of Human Rights and the core international human rights treaties. The purpose of this indicator is to measure a prevalence of discrimination based on the personal experience reported by individuals. It is considered an outcome indicator (see HR/PUB/12/5) helping to measure the effectiveness of non- discriminatory laws, policy and practices for the concerned population groups.

Discrimination is any distinction, exclusion, restriction or preference or other differential treatment that is directly or indirectly based on prohibited grounds of discrimination, and which has the intention or effect of nullifying or impairing the recognition, enjoyment or exercise, on an equal footing, of human rights and fundamental freedoms in the political, economic, social, cultural or any other field of public life.1 Harassment is a form of discrimination when it is also based on prohibited grounds of discrimination. Harassment may take the form of words, gestures or actions, which tend to annoy, alarm, abuse, demean, intimidate, belittle, humiliate or embarrass another or which create an intimidating, hostile or offensive environment. While generally involving a pattern of behaviours, harassment can take the form of a single incident.

International human rights law provides lists of the prohibited grounds of discrimination. The inclusion of “other status” in these lists indicate that they are not exhaustive and that other grounds may be recognized by international human rights mechanisms. A review of the international human rights normative framework helps identify a list of grounds that includes race, colour, sex, language, religion, political or other opinion, national origin, social origin, property, birth status, disability, age, nationality, marital and family status, sexual orientation, gender identity, health status, place of residence, economic and social situation, pregnancy, indigenous status, afro-descent and other status.3 In practice, it will be difficult to include all potentially relevant grounds of discrimination in household survey questions. For this reason, it is recommended that data collectors identify contextually relevant and feasible lists of grounds, drawing on the illustrative list and formulation of prohibited grounds of discrimination outlined in the methodology section below, and add an “other” category to reflect other grounds that may not have been listed explicitly.

The proposed survey module recommends that interviewer reads or the data collection mechanism provides a short definition of discrimination/harassment to the respondent before asking the questions. Providing respondents with a basic introduction to these notions helps improve their comprehension and recall of incidents. Following consultations with experts and complementary cognitive testing, the following introductory text is recommended:

Discrimination happens when you are treated less favourably compared to others or harassed because of the way you look, where you come from, what you believe or for other reasons. You may be refused equal access to work, housing, healthcare, education, marriage or family life, the police or justice system, shops, restaurants, or any other services or opportunities. You may also encounter comments, gestures or other behaviours that make you feel offended, threatened or insulted, or have to stay away from places or activities to avoid such behaviours.

The proposed survey module also recommends that a list of grounds is provided to respondents to facilitate comprehension and recall of incidents. As a starting point, OHCHR recommends the use of the following list of grounds prohibited by international human rights law and adding an “any other ground” category to capture grounds that are not explicitly listed. The module recommends that the following illustrative list is reviewed and contextualised at national level through a participatory process (see HRBAD and accompanying guidance) to reflect specific population groups and data collection/disaggregation needs:

1. SEX: such as being a woman or a man
2. AGE: such as being perceived to be too young or too old
3. DISABILITY OR HEALTH STATUS: such as having difficulty in seeing, hearing, walking or moving, concentrating or communicating, having a disease or other health conditions and no reasonable accommodation provided for it
4. ETHNICITY, COLOUR OR LANGUAGE: such as skin colour or physical appearance, ethnic origin or way of dressing, culture, traditions, native language, indigenous status, or being of African descent 5. MIGRATION STATUS: such as nationality or national origin, country of birth, refugees, asylum seekers, migrant status, undocumented migrants or stateless persons
6. SOCIO-ECONOMIC STATUS: such as wealth or education level, being perceived to be from a lower or different social or economic group or class, land or home ownership or not
7. GEOGRAPHIC LOCATION OR PLACE OF RESIDENCE: such as living in urban or rural areas, formal or informal settlements
8. RELIGION: such as having or not a religion or religious beliefs
9. MARITAL AND FAMILY STATUS: such as being single, married, divorced, widowed, pregnant, with or without children, orphan or born from unmarried parents
10. SEXUAL ORIENTATION OR GENDER IDENTITY: such as being attracted to person of the same sex, self-identifying differently from sex assigned at birth or as being either sexually, bodily and/or gender diverse
11. POLITICAL OPINION: such as expressing political views, defending the rights of others, being a member or not of a political party or trade union
12. OTHER GROUNDS

OHCHR advises that data collectors engage in participatory processes to identify contextually relevant grounds and formulations. The process should be guided by the principles outlined in OHCHR’s Human Rights-Based Approaches to Data (HRBAD), which stems from internationally agreed human rights and statistics standards. National Institutions with mandates related to human rights or non-discrimination and equality are ideal partners for these activities. Data collectors are also strongly encouraged to work with civil society organisations that are the representatives of or have better access to groups more are risk of being discriminated or left behind.

Achieving SDG 10 and the SDGs more broadly requires a deliberate strategy to reach the furthest behind, first. UNICEF encourages governments to monitor, report on and respond to the following nine key asks:

PARTNERSHIPS FOR THE GOALS