From inadequate healthcare and nutrition to vulnerability to infectious diseases, children living in poor communities face inequities every day. But perhaps the most fundamental injustice is this: Children growing up in poverty are nearly twice as likely to die before reaching their fifth birthday as children living in better circumstances. An unconscionable majority of them die unnecessarily. With practical, low-cost and high-impact interventions like treated mosquito nets, immunizations, rehydration salts or breastfeeding, most of these deaths could be prevented. The new UNICEF report Narrowing the Gaps: The power of investing in the poorest children, reveals that investing in the health and survival of the most deprived children is not only right in principle, it is also cost-effective. The report presents compelling evidence that investments in children living in the poorest communities save almost twice as many lives per US$1 million as equivalent investments in non-poor communities. Drawing on new data from 51 countries where around 80 per cent of all newborn and under-five deaths occur, the study shows that improvements in coverage of life-saving interventions among poor groups helped decrease child mortality nearly three times faster than among non-poor groups. The findings come at a critical time, as governments continue their work towards achieving the Sustainable Development Goals, which set a target of ending all preventable deaths among newborns and children under the age of five by 2030. Unless the world makes greater progress in reducing child mortality, by 2030 almost 70 million children will die before reaching their fifth birthday.

Narrowing the Gaps: The power of investing in the poorest children comes seven years after an initial UNICEF study, which predicted that extending services to the most deprived children would avert more deaths and do so more cost-effectively. This thesis has informed UNICEF’s equity approach in both its advocacy and its work on the ground ever since. The findings from Narrowing the Gaps lend new weight to this contention. As coverage in the poorest households and communities has increased, equity gaps have, in fact, narrowed – and an equity-enhancing approach has yielded these results more cost-effectively.

Gaps in intervention coverage have narrowed

…and this has led to a reduction in inequities in under-five mortality.

The absolute reduction in the under-five mortality rate associated with changes in intervention coverage was nearly three times faster among poor than it was among non-poor groups. What is more, since birth rates were 1.4 times higher among the poor, the reduction in the under-five mortality rate translated into 4.2 times more lives saved per million people.

Investments that reach the poorest are more cost-effective

This follow-up study shows that on average, every US$1 million invested in the health of the poorest children prevented nearly twice as many deaths as an equivalent amount spent on providing the same interventions for non-poor children. 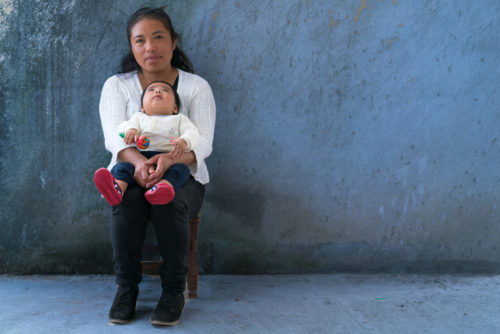