Step Up the Pace: Towards an AIDS-free generation in West and Central Africa 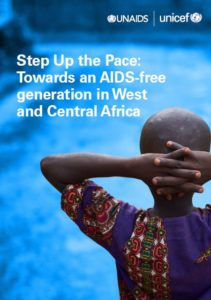 The West and Central Africa region has one of the world’s highest HIV burdens among children and adolescents, second only to that of Eastern and Southern Africa. Yet, due to its lower HIV prevalence rate, the epidemic has received less attention than in other regions. This report takes stock of the progress and shortfalls in the HIV response in West and Central Africa, offers an analysis of the challenges that continue to slow progress, and outlines several strategic directions to achieve the targets defined in the ‘Three Frees’ framework for ending AIDS among children, adolescents and young women by 2020.