Female genital mutilation (FGM), a violation of girls’ and women’s human rights, is becoming less common, and opposition to the practice is growing — in the last two decades, the proportion of girls and women who want the practice to stop has doubled.

However, progress is not universal. In some countries, FGM is as common today as it was three decades ago. Even in places where the practice is on the decline, progress would need to be at least 10 times faster to meet the 2030 target for elimination. Additionally, an alarming trend is emerging: around 1 in 4 girls and women who have undergone FGM, or 52 million worldwide, were cut by health personnel. This proportion is twice as high among adolescents, indicating growth in the medicalization of the practice.

This brochure explores the global FGM trends — progress made in the past three decades, shifts in attitudes, and changes in the circumstances surrounding the practice. 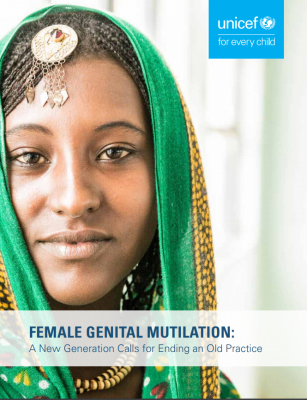