The global number of under-five deaths around the world dropped to its lowest point on record in 2019 – down to 5.2 million from 12.5 million in 1990. While progress on reducing under-five mortality over the past decade has been remarkable, national and global averages can fail to reflect the reality for many children at the local level.  When these data are broken down to the administrative level, some countries showing a national reduction in child mortality rates over the past decade also show an increase in child mortality rates in certain areas. Subnational data can help to spotlight where progress is lagging so that decision-makers can reach those who are most in need.

This brochure provides subnational under-five mortality rate estimates from 1990-2019 for 22 countries across sub-Saharan Africa and Southern Asia. The data provide critical insight into mortality rates and trends at the level at which health interventions and decisions on resource allocation are typically made.

The estimation model has been developed by a team based at the University of Washington on behalf of the United Nations Inter-agency Group for Child Mortality Estimation (UN IGME).

Subnational estimates can help identify where interventions are needed most 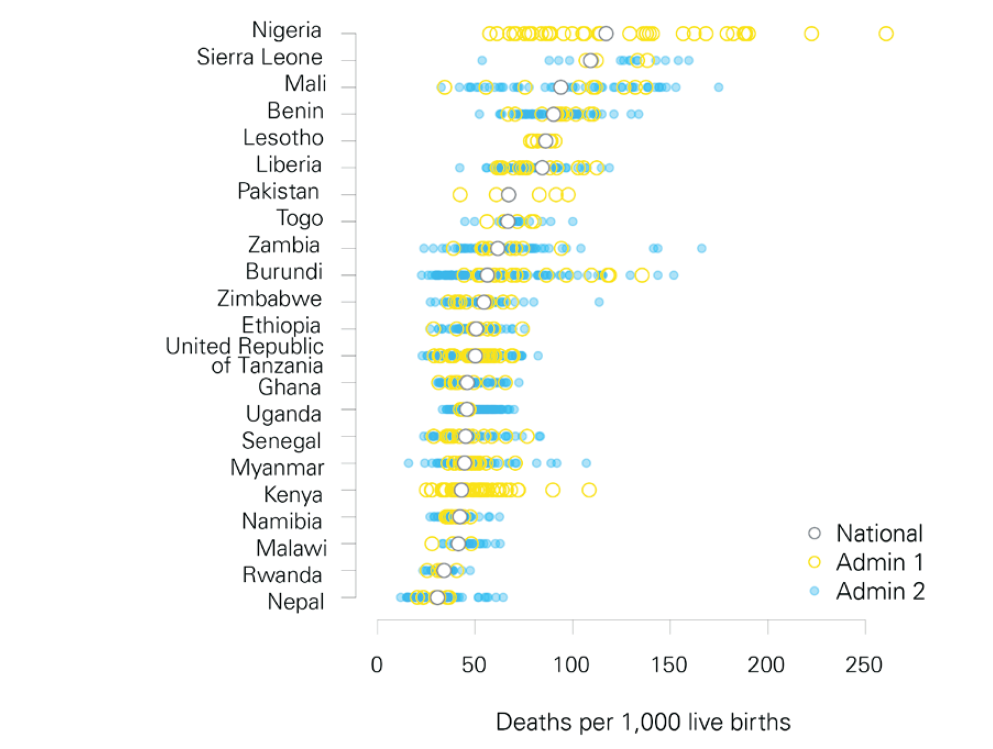 In Kenya, the national under-five mortality rate has declined by 57 per cent since 1990, while the per cent decline within administrative level 1 divisions ranged from a high of 81 per cent to a low of -32 per cent (an increase since 1990) 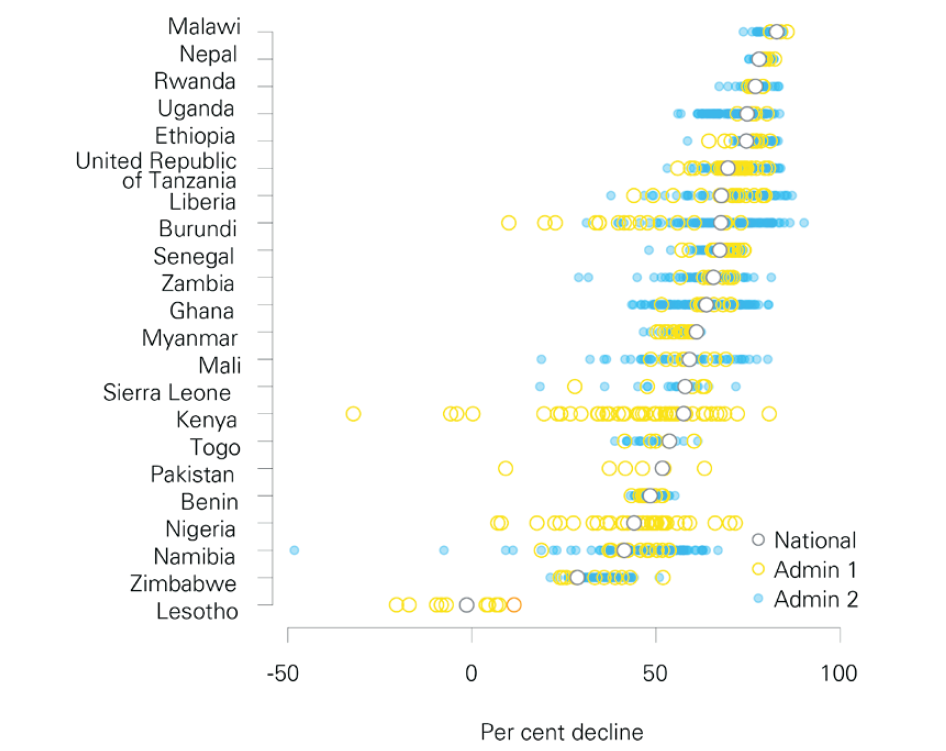 Child survival and the SDGS

Levels and Trends in Child Mortality 2019